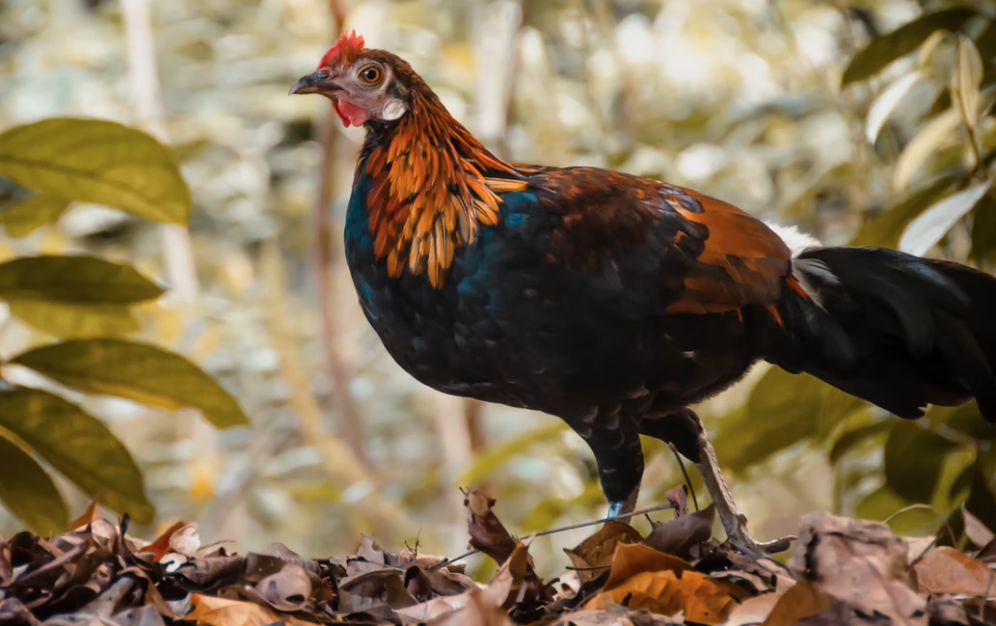 Where Do Wild Chickens Come From

It is believed by scientists and most chicken keepers that wild chickens originated about 10000 years in Southeast Asia. This is interesting because, up to date, there are several chickens still roaming around in different parts of Asia.

Hawaii is also known for being home to a large population of wild chickens. There are a few flocks of chicken on the island of Kauai. You can also find them on other remote islands like Bermuda. These places have few predators; thus, they provide a friendly environment for chickens to thrive.

There are vast flocks of wild chickens in several parts of the United States of America. You can find them in Florida. Texas, California, and Louisana.

Is it Possible for Chickens to Live in the Wild?

There are two main classifications when talking about pets that can live in the wild. They include:

The words “feral” and “stray” are used interchangeably, although there is a difference between the two.

A stray bird or animal such as a stray dog will have lived with human beings and domesticated at some point. This means that they can not fend well for themselves since they are used to being looked after. As a result, they may likely find it difficult to live in the wild.

A feral animal or bird, on the other hand, is one that has always lived in the wild. In most cases, they may be typically skeptical or aggressive to human beings. They live in the wild because they are adapted and will not require any help from humans.

Domestic Chickens in the Wild

It is illegal in most places for chicken keepers to release their domestic chickens into the wild. This does not mean that your chickens will be unable to escape on their own. There are many cases of backyard chickens escaping into the wild.

The chances of your domestic chicken surviving in the Wild will depend on the quality of breeding, the kind of wild, and the level of domestication.

The level of domestication

Chickens technically have instincts that make them scratch on the ground and peck for food. They also escape whenever they see predators. This is what is needed to survive in the wild. However, survival in the wild will be less likely if chickens are very dependent on human beings.

A domestic chicken kept as a family bet in the backyard will not do well in the wild. However, if you have a chicken that is allowed to roam freely, scavenging ticks and grubs, eating grass and wild seeds, and sometimes drinking water from a natural source, they are likely to do well in the wild.

In most cases, chickens have been victims of unhealthy selective breeding schemes and overbreeding to come up with meatier birds or better egg producers. Although the more exotic backyard chickens may less likely have such issues, you will have to be very careful when buying your chickens.

A robust and healthy chicken that escapes from the yard to live in the Wild may successfully live there. This is because they can flee from predators, and their bodies can fight a variety of chicken diseases. On the other hand, if a poorly bred and sickly chicken with physical deformities or a weak immune is moved from the backyard to the Wild, then the chances of survival are very minimal.

The kind of wild

There is a big difference between the wilds of a forest and the wilds of a city. If a domesticated chicken escaped from the owner’s yard and moved to the city, the chances of surviving would be less because of scarce vegetation in the city. The presence of vehicles in the city may also lead to accidents and the death of the chickens.

What is a Feral Chicken?

Feral chickens are derived from domestic chickens and are very similar in various ways. A feral chicken is a domestic chicken that has escaped from its home at some point and is now living happily as a wild bird. They are referred to as feral because they have gone back to the Wild can look after themselves without any aid from humans.

One of the most popular feral chickens is the Red Junglefowl. The breed was first domesticated in India about 5000 years ago. They have a distinctive look and sometimes are referred to as the jungle fowls.

Feral chickens are omnivorous. This means that they feed on insects, seeds, and fruits. Since they can do well in the Wild, it definitely means that they are very good at avoiding or escaping predators. They usually flee to high-up places such as tree branches to avoid predators, especially at night.

Can you Tame Wild Chickens?

All the domestic chickens that we keep in our backyards descended from various breeds of chicken that were at some point wild. It is, therefore, very possible for a wild chicken to be tamed. However, wild chickens may not be friendly to various animals that they will consider as predators.

It can be challenging for you to catch a wild chick in order to domesticate it. They will either run away or lash out at you with their beak, wings, or even spurs. It could be slightly difficult to tame a wild chicken since it will require repeated efforts that may take a lot of time.

What Happens to the Eggs that Chicken Lay in the Wild?

It can be very hard to be convinced that chickens can lay eggs in the wild and even hatch into chicks later on. There are many wild animals that can feed on chicken eggs. Besides, the weather condition in the Wild may not favor the hatching of eggs or even keeping them safe and clean.

If you have been wondering about what usually happens to the eggs that are laid by wild hens, here are a few possibilities:

How Long can a Chicken Live in the Wild

Just like other pets, the period in which a chicken can live in the wild will depend on various factors. This may include the breed of the chicken. Some chicken breeds are hardy enough can easily adapt to living in the wild.

The general conditions in which the chickens live will also determine their lifespan in the wild. If the general conditions are favorable, the chances of chickens surviving and living for long will be very high. On the other hand, chickens may develop a variety of illnesses and even die eventually if their general living condition is poor.

In general, an average backyard chicken that is living under good conditions will have a lifespan of about eight years to ten years. The lifespan of the Red jungle fowl, on the other hand, is 12 to 14 years. However, this lifespan can be easily shortened since there are a lot of predators in the wild.

One of the most popular breeds of wild chickens is the Red Junglefowl. The breed is still alive and is very common in wild areas of East and Southeast Asia. You can also find a smaller population of the breed in some countries such as the USA, India, China, Vietnam, Thailand, Malaysia, and Bangladesh.

The breed is very similar to the common backyard chickens. However, they tend to have lower body masses and brighter colors. Their males are usually larger than the females and have golden neck feathers and iridescent tail feathers. Females have small wattles and combs and dull brown.

The Red Junglefowl behave the same as domestic chickens. However, they are shy around humans and may run away when they see them. They forage and scratch on the ground and will roost on top of trees at night.

Their roosters are very active and have fighting prowess. In ancient times, the Red Junglefowl was used in the cockfighting sport. They were also used for meat and egg production.

The common backyard chicken descended from wild chickens. There are several wild chickens, such as the red jungle, that are still roaming in wild areas. Chickens should not be released to roam freely in the wild because there are many predators there.

Can Ducks Live In The Same Coop With Chickens?