Baby chickens can be confusing to name once they’re hatched. This is because it’s challenging to sex a chicken that young. As a result, people came up with a gender-neutral name that you’ve probably heard before, which is ‘chicks’. 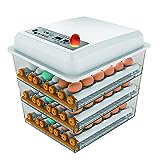 Later on, as a more creative take on naming baby chickens, people chose the name ‘peeps’. This informal term was inspired by the chirping noise that birds make while they’re in the incubator. It’s a sign of a successful hatching event.

But are those the appropriate names for every single baby chicken out there? We may not know whether the chicken or the egg came first, but we definitely have the answer to your question! Read on to find out.

Determining the chicks’ sex at a young age is quite the challenge. Accordingly, you need to pay attention to any visible sign that draws the line between the two genders. Chickens’ sexual dimorphism shows at around 12 months. After that, they gain their adult feathers, and as a result, it becomes easy to distinguish females and males, making the naming process easier.

Once your chickens start brooding over eggs, you should refer to them as point-of-lay chickens. Females typically begin laying eggs around the six-month milestone. Some people begin calling them hens once they’ve reached one year old.

During the growth phase, which lasts from 3-12 months, you should refer to your young male chickens as cockerels. This term has a Middle English origin and was derived from the sound chickens make. Once they’ve reached maturity, you can begin to call your birds roosters. Some people just adopt the term ‘roosters’ after their chickens reach the age of one year.

A collective term that you can use to call baby chickens is ‘brood’. However, some people confuse the name with ‘broody’, which means mother hen. A brood is a group of baby chickens that hatched simultaneously, and they don’t have to be relatives. It’s most often used in a literary context, so you probably haven’t heard of it before.

Historically, people used to refer to any group of baby chickens as a ‘chattering of chicks’ or a ‘peep of chicks’. This was later summarized to the word ‘peeps.’

How to Determine Chickens’ Gender

Sexing a baby chicken is a tricky process, but we’ll tell you all about the signs you should look out for in your birds.

The most famous method for determining a chicken’s gender is by looking at its comb and wattle. The comb is the red fleshy crest at the top of the bird’s head, while the wattle is a fleshy flap of skin that hangs under its beak.

If you have males and females of the same age in your flock, you’ll be able to see the difference clearly. Male chickens always have a more prominent red color in their combs and wattles unless they’ve been caponized. Males’ combs also gain the red color quicker than the females during their growth.

In addition, males’ combs take a proud stance on their heads and are sharp, while females’ may slightly flop over their heads because of their size.

You can also check your chicks’ physique to make sure you’ve got it right. For example, male chickens walk proudly with their heads strutted up and their chests puffed out. In addition, they have thicker legs than female chickens, which have a softer shape.

Cockerels’ neck feathers are more pointed and sharp than their female mates. Consequently, the soft feathers that adorn pullets may get damaged if roosters pull on their necks during mating.

When Does a Chicken Become a Rooster?

At the 3-months mark, roosters will start to show pointed and long saddle feathers along with longer feathers around their necks.

Moreover, you’ll notice some spurs appearing on the back of their legs. This will really show if you stand a female and a male side-by-side and study the differences.

At around five months, you’re going to know for sure whether your chicken is a rooster because you’ll hear the characteristic crow that roosters have. The average life expectancy of roosters is 5-8 years, so you’ll enjoy that crow for quite a while.

Chooks is an informal nickname for chickens. It’s especially popular in the United Kingdom and Australia and is often used as slang in those areas.

Biddy is a famous term that’s most commonly used for older female chickens. It’s said that the name was derived from the sound chickens make to call their flock. Some people confuse its spelling with the word ‘bitty’ and believe it refers to baby chickens. However, it’s used for mature hens.

Contrary to popular belief, ‘chicken’ isn’t limited to female birds only. Instead, it’s a gender-neutral name that can apply to any member of the species, no matter their age and sex.

‘Flock’ is a term that refers to a group of chickens living together. They don’t necessarily need to be related to each other, but they must be staying in the same place. If you keep different chickens in separate locations, you have multiple flocks, not just one.

Fun Fact: Flocks shouldn’t have more than one rooster because, in addition to the fact that they’re troublemakers, they’re also terribly territorial.

‘Clutch’ is a term that commonly refers to a group of eggs until they hatch. After hatching, they should be called a’ brood’ if the hen laid on them all at once.

What Should You Expect After Your Chicks Hatch?

If your chicks collectively hatched under a broody hen, then they’ll stay with the mature chicken for the first while of their lives. The hen will keep them safe and warm, and she’ll teach them how to look for water and food. 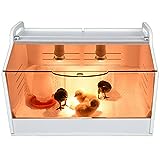 On the other hand, if your eggs hatch without a hen, they’ll need a brooder during the first few weeks. The brooder is a small contained area that provides warmth to the chicks through a heat lamp. For the first couple of weeks, you should keep them at 95-100 degrees. Then, as each week goes by, reduce the heat by five degrees until you start to see their feathers.

In addition, you should also provide bedding to your chicks and change it daily. They’ll do just fine with bedding made of straw. For the chicks to remain alive and healthy, they’ll require a starter feed and easy access to water.

What Do Baby Chicks Eat?

Chicks’ diet is a pretty simple one. They become overly joyous with a meal of worms and crickets. Since those insects exist abundantly in nature, chickens can easily find them and have their lunch. They’re also highly beneficial because they’re high in protein, fats, and carbs.

If you plan to feed your chicks a homemade diet, you can provide them with red worms and mealworms. But, avoid feeding them too many worms because it may upset their system. You can also incorporate tomatoes in their diet because they’re full of folic acid, potassium, antioxidants, and the ever-essential vitamin K.

However, baby chicks can’t eat tomato leaves or flowers because they contain solanine, which is poisonous for them. In general, you don’t have to worry much about what your birds eat because chickens are good eaters. You’ll just have to ensure that they have a generous supply of starter feed and refill it whenever it gets empty.

As a rule of thumb, you should separate your baby chicks and adult chickens until your chicks become two months old. This is because mature chickens are known to be aggressive. As a result, they may prevent the baby chicks from eating properly. If you don’t have the space to separate them, you should keep an eye on each bird and make sure it’s eating well.

If you plan on raising chickens, you should know the appropriate name for each growth phase they go through. At first, you won’t be able to determine the birds’ gender, so it’s okay if you call them ‘chicks’ or ‘peeps’. After their gender shows, you can call the females ‘pullets’ and the males ‘cockerels’.

Now that you have enough information about the topic, you can have a fun time with your roosters and hens!

What Is A Group Of Peacocks Called?

How Does a Rooster Fertilize Eggs?