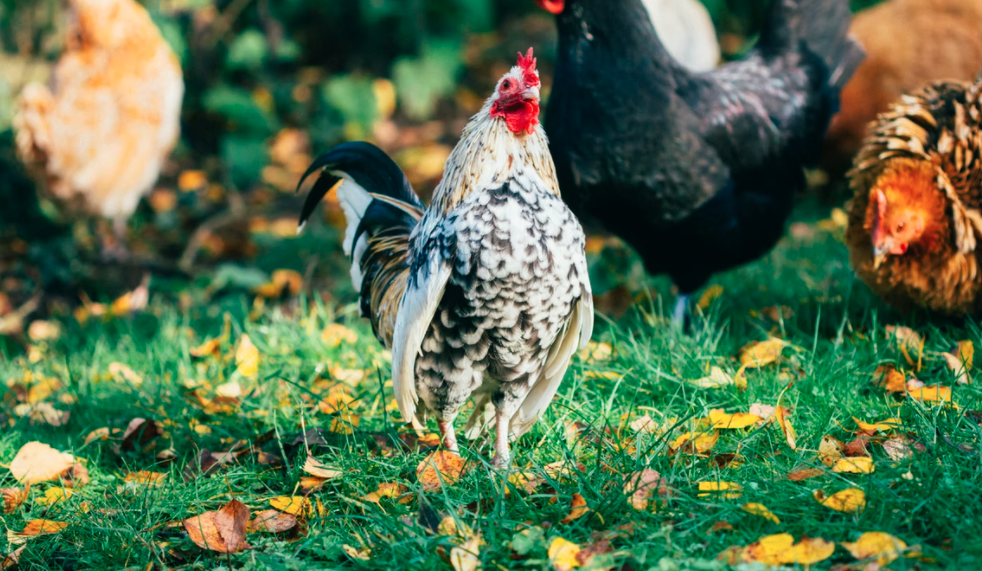 Serama chicken is one of the fascinating chicken breeds for eggs that you can keep. It is pretty new and has a unique appearance. Most chicken keepers and breeders consider them gentle and friendly birds. If you are enthusiastic about keeping chickens, this breed can be a perfect choice for you. Keep reading to learn more.

History and Background of Serama Chickens

Having emerged in the 1970s, Serama is considered a relatively new breed of chicken in the poultry world. Stories about the Serama suggest that the breed was initially given as a gift to the King of Thailand during ancient times. However, it is unclear whether the story is about the Serama breed or just another type of bantam chicken.

The Serama chicken breed is believed to have originated from Malaysia. Its origin started in the 1600s. However, the modern strain came into existence in the 1970s. It was Wee Yean Een. He was a Malaysian chicken breeder who was working in the Kelantan province.

The chickens were imported into Europe in 2004 after being brought to the United Kingdom. They have been recognized since then by the Poultry Club of Great Britain. However, they are still rare in Europe.

Today the Seramas are available in many different colors. Besides, they come in different sizes as well as the style of feathers. This has made many chicken breeders stick to breeding one kind of the Serama breed. However, most chicken enthusiasts prefer keeping different types of Serama chickens since they are fascinating and usually add much interest and variety to the flock.

The Serama breed has a striking appearance because of many reasons. First, the chickens are relatively small in small. Many people consider the Serama chickens as the smallest chicken breed in the poultry world. They range from about five up to nine inches tall.

The chickens are available in a variety of colors. Most of these colors, such as black and white, are recognized by various poultry associations. They can also have different types of feathers. However, only those with normal feathers held tightly to the body are accepted in Malaysia. In other areas such as the United States, chickens with frizzle or silky feathers are also acceptable.

As their size, the structure of the Serama chickens is equally essential. For instance, the breed is classified based on its shape in Malaysia. Generally, they stand very tall with their chests puffed out, and their heads held erect. They appear to have a V-shape because of their short back. Their tails are held high while wings are held downwards and appear to be pointing to the ground.

The birds have red wattles and a single red comb. Serama roosters have larger wattles and combs than their female counterparts. They also have yellow legs that are not feathered.

The Seramas come in four different accepted weights and sizes:

Chickens that are larger than “C Class” are not accepted.

Although the Seramas may look quite fierce because of their erect stance and muscular chests, they are among the most friendly chickens you can add to your flock. They like being patted and being closer to their keepers. Since they are not suited for producing meat or laying eggs, many prefer keeping them simply as pets.

The breed generally has a strong personality which makes it a perfect addition for chicken enthusiasts. They are easy to take care of because of their friendly and gentle nature. If you have been thinking of an ideal breed to keep indoors and be friendly to your children, then they can be a perfect choice for you. They are also an ideal choice for shows because of their docile nature.

Compared to other chicken breeds, the Serama chickens are much quieter. Their hens tend to make less noise as compared to hens of different breeds. Besides, Serama roosters are quite docile and less aggressive, unlike roosters of other breeds. They have a soft and squeaky crow that is less disruptive.

Serama roosters can become aggressive sometimes if other roosters attack them. Therefore, it can help if you keep them on their own or with hens alone. Although the Seramas like to forage, they can as well tolerate confinement.

Despite being smaller in size, the Serama chickens can be considered as quite good egg layers. Under good health conditions and a proper diet, they can lay about three or four eggs in a week. This translates to a total of about 170 to 200 eggs in a year. Their eggs are relatively smaller in size, and it can take about four Serama eggs to add up to the average size of an egg.

Serama hens can start laying eggs at the age of five months old. Compared to the hens of other breeds, this is considered slightly earlier. Generally, the eggs are cream-colored, although they can also range from dark to light brown. They will lay eggs all year long. However, they tend to produce more eggs between October and February.

The Serama hens are pretty broody. You can therefore expect most of them to hatch their eggs on their own. Because of their small sizes, they can only sit on about 5 or 6 eggs at a time. Their eggs will hatch faster, with chicks emerging after about 20 days. Smaller varieties may even hatch their eggs faster. Once they have hatched, the Serama hens will make good mothers to their young ones.

The Seramas are a relatively hardy breed that is more prone to some illnesses. They have a longer lifespan as compared to most other chicken breeds. They can live for up to ten years as long as they are provided with adequate space and a nutritious diet.

Like many other chicken breeds, the Seramas may be susceptible to common poultry diseases. One of the most dangerous poultry diseases that may affect them is the avian flu. It is believed that when the flu swept through Malaysia, the population of the breed was severely damaged.

You can prevent the spread of avian flu to your birds by ensuring that they are not exposed to wild birds. Besides, it would be best if you discouraged germs by keeping clean the places where your chickens roam, as well as nest boxes and aviaries.

Another health challenge when keeping the Serama chickens is that they have inherited a dangerous gene from their Japanese bantam ancestors. The gene can easily lead to developmental issues in chicks before they hatch.

The gene will make the legs of the Serama chicks grow up to an inadequate length. As a result, the chicks will not be able to move around into a good hatching position. It usually makes almost a quarter of their eggs not hatch.

Other than diseases, Serama chickens may also be susceptible to various chicken parasites. The common ones include lice and mites. Therefore, it is vital to check your chickens regularly, and once you notice any sign of pests, you should treat them as soon as possible.

Serama chickens are easy to raise. There are a few things that you will have to consider when raising them.

When designing your coop, you will have to put the smaller size of your chickens into consideration. The coop should not be raised very high above the ground. If you are confining them, you will have to construct an enclosed runaway. Your coop should also include nesting boxes and should also have good bedding material. Besides, you must ensure that the coop section is well fenced so that predators do not access your chickens.

Because Serama chickens are relatively small, they will not feed on pellets like the other chickens. Instead, it would be best if you provided them with either crumbles or mush. The birds are also good at foraging; thus, you can allow them to do so. Hens should be fed on adequate laying feed. Besides, they should also be supplied with calcium feeds to help the formation of the eggshells.

In addition to the feed, you will also have to ensure that your chickens can access plenty of clean and fresh water. Lack of water can lead to dehydration.

Serama chickens are friendly and productive chickens that are worth adding to your flock. They will ensure that you have a constant supply of eggs on your farm. The chickens will need good care to live a long and productive life.