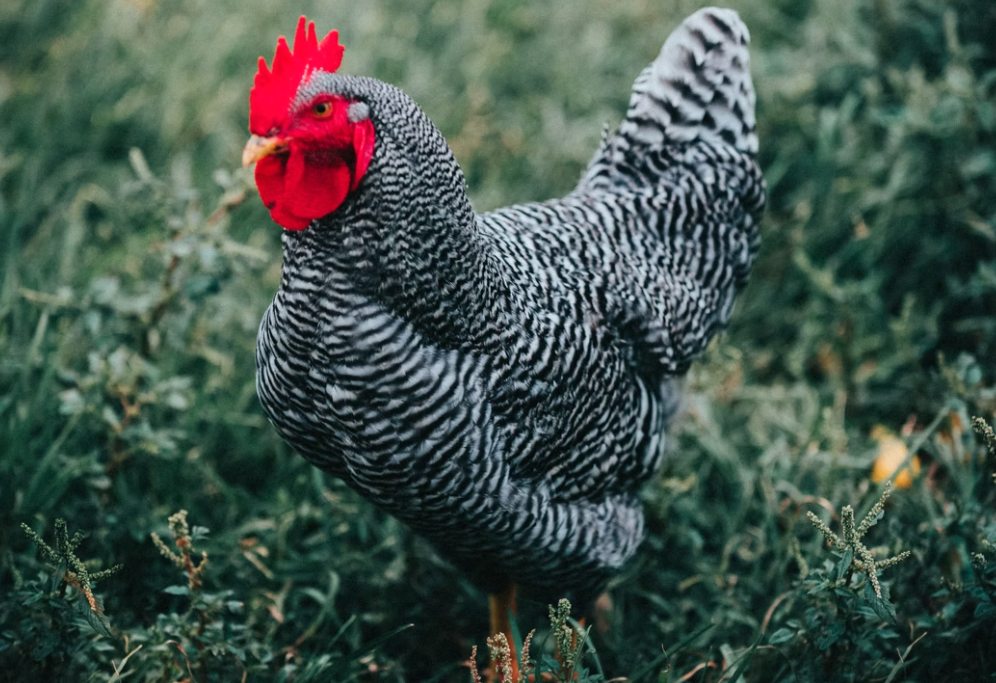 Barred Rock chicks are among the most reared backyard chicken breeds by most bird keepers. The breed has various characteristics that make them unique and different from other chicken breeds. Telling the difference between a barred rock rooster and a barred rock hen can sometimes be challenging, especially if you keep them for the first time.

Is it Important to Know the Sex Distinctions of your Chickens?

In poultry keeping, female birds are kept for the production of eggs and also meat. On the other hand, male birds are usually unwanted because of various reasons. The roosters are mainly selected and separated for breeding purposes in the future.

Both female and male chickens that bird keepers raise for the production of meat have different feeding programs. It is, therefore, essential to telling the gender of your chicks at an early age before they mature into hens or roosters. It can in gaining the effectiveness of the bird-keeping industry.

Local chicken keepers in some areas may not be allowed to keep barred rock roosters in their flocks because of the noise that is associated with them. It is, therefore, vital to understand the local laws in your area before going ahead to choose the gender of chicken to keep in your backyard.

Barred rock roosters are generally larger in terms of the body’s size compared to their female counterparts. Male barred rock chickens will also carry their heads high up most of the time. Besides, the overall carriage of a rooster is usually more upright as compared to that of hens.

Although hens have a more petite body than roosters, their abdomen is generally fuller and deeper than a rooster.

The comb is one of the most distinctive features that you can use to determine if a grown-up chicken is either male or female. Compared to a barred rock hen, a mature barred rock rooster has a larger comb that is red. The comb of roosters usually stands upright and will and will spread around his face as well as under the neck.

At the age of about five or six weeks, the comb of a barred rock rooster will start to grow bigger. It will take about three to nine months for it to be fully developed.

You can easily differentiate a barred rock rooster from a hen by looking at the wattles. Roosters usually have larger wattles than hens, who have smaller small wattles that can not be spotted easily from a distance.

The hens usually grow their wing and tail feathers faster than their male counterparts. However, females will end up having shorter tail feathers than roosters.

Both male and female barred rock chickens have white and black bars all over their bodies. However, roosters are slightly lighter in the color of their body. On the other hand, hens are darker in color.

The width of the light and dark bars is almost the same in both the hens and roosters. They are arranged in parallel rows on the chicken. The bars of both the females and males are uniform. However, the roosters will appear more white and gray. They will look more white than black. Females, on the other hand, will appear black and white.

You can also differentiate the barred rock hens and roosters by the presence of spurs. Roosters usually have spurs on their legs while females do not have. It is important to know that this is not a 100% sure method of determining their gender.

A barred rock rooster will always act as the leader in the flock. It is, therefore, the responsibility of the rooster to keep the flock safe and subordinates in line. A rooster will also mate with hens as frequently as possible.

A rooster will always be watchful when among hens and will hardly feed on anything until the hens have finished. He will most of the time herd hens and follow them while keeping a watchful eye on any unusual thing or the predators. If he sees anything that is suspicious, he will alert the other chickens in the flock by sounding an alarm and leading them away from danger.

Most of the time, roosters are always on the watch out and will defend the rest of the flock to death. Whenever he finds something tasty, he will notify the hens by making a cluck sound. Barred rock roosters are also aggressive as compared to their female counterparts. Besides, they are active maters.

Barred Rock hens are generally calm docile. In a flock, they will always adopt a submissive role and lat their male counterparts to take charge. They will spend most of their time when inside the coop in the nesting box.

If you listen carefully to your hens when ranging outside, you will hear them talking among themselves softly. This is meant to help them stay in contact with the rest of the flock. Unlike roosters, hens will be more careful when ranging.

When your barred rock hens are ready for mating, they will adopt a submissive squat. Some hens may decline to mate with a rooster if they do not like him.

You can quickly establish that your barred rock chicken is a hen if she lays eggs. Egg laying is solely reserved for female chickens. You should note that your barred rock hen will not require a rooster for them to lay eggs. However, in an event where they lay eggs without a rooster, the eggs will not be fertile and therefore can not hatch to chicks.

Roosters will crow, but hens will not

One of the easiest ways to determine whether your barred rock chicken is a hen or a rooster is through a crow. It is common knowledge that roosters of any breed of chicken will grow when they mature. You can therefore conclude even from a distance that a chicken is a rooster when you hear a crow.

Barred rock roosters can start crowing at the age of 15 weeks. If you have never heard a crow from your chicken after six months, then you can conclude that it is a hen.

Ways to Sex your Chickens

Many chicken keepers and breeders consider venting to be the most accurate method of sexing. It can be done immediately after the chick has hatched. You can achieve it by pushing gently on the sex organ of your chick and then spreading it out. There are already differences between the vent a male and a female chicken even when they are still young.

Venting can be very difficult to do and sometimes may need an expert or someone with experience. If not done well, you can damage the vent of your chick.

Feather sexing is also a safer way of sexing your chicks. You can tell the gender of chicks by looking at the feathers on their wings. Just like venting, it should be done when your chicks are one day old, and you should not delay. The feathers of female chicks will be more visible than those of their male counterparts.

This is an easier method of sexing as compared to venting and feather sexing. However, it is less accurate, and you will have to take more time. If the comb is taller and fuller after a few weeks, then the chances are that the chick is male. A male chick’s comb will also be brighter than that of a female.

Telling the difference between a barred rock rooster and hen is very easy and does not involve a lot of knowledge. All you will have to do is sit and watch your chicken spot the different features. Although it may need a lot of patience, it is a worthy practice.

What Do You Call A Group Of Hens?