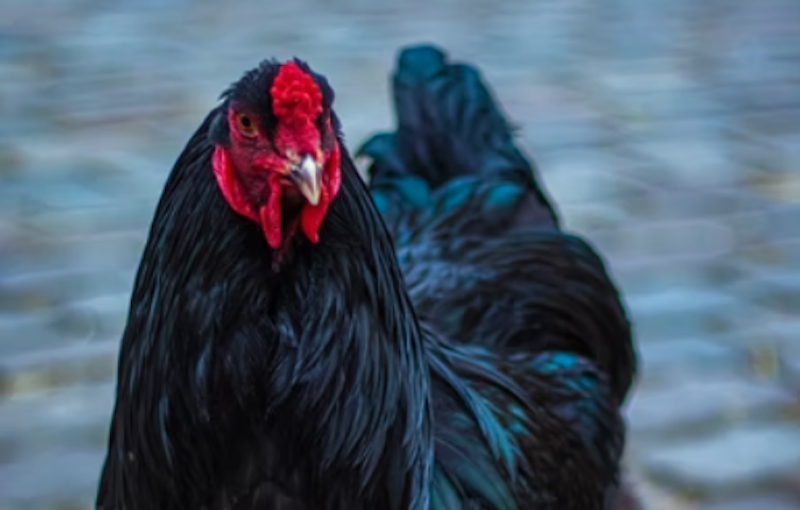 Different chicken keepers and breeders have their own opinion about what breed of chicken standards out among others. It can be hard to conclude that a specific breed is the best overall. However, there is no doubt that if you are considering the Langshan chicken breed, which is among the best chicken breeds that you can add to your flock.

The breed has almost all the best qualities that you can look for in a bird. Langshans can be a perfect option to consider whether you are looking for an overall productive bird, a barnyard buddy, or a beautiful bird. Keep reading to learn more about this fantastic breed of chicken.

History and Background of the Langshan Chickens

Just as the name suggests, the Langshan chickens came from China. Their name is derived from the Langshan area where they originated from. They have been around for a long time (since the 19th century). This makes them one of the oldest chicken breeds that are still existing.

The breed was introduced in Britain by Major F.T. Croad. It is, however, believed that it was A.C. Croad, his niece, who mainly established the chickens. The latter wrote a book about the Langshans called The Langshan Fowl: Its History and Characteristics, with Some Comments on Its Early Opponents.

Today, the Langshans are still around. Some bird keepers have added them to their backyard flock. However, their population has dwindled. The birds have been tagged as “watch” by The Livestock Conservancy in their Conservation Priority List.

The Langshans are among the most delightful and sublime chicken breeds that you will ever come across. They are worthy birds to include in your flock and should not be seen going.

Langshans are generally tall and carry themselves with their heads held high. This is emphasized by their single and red combs that stand upright and high. They also carry their full tails high, almost reaching the height of the head. This creates a U-shape from their head to the tip of the tail feathers.

They have a pretty face with deep brown eyes. Their combs and wattles are red. Besides, they are tightly feathered and have small bones for their sizes. The average weight of a Langshan pullet is around 6.5 lbs, while a mature hen weighs about 7.5 lbs. The breed is recognized by both the Poultry Club of Great Britain and the American Poultry Association.

The latter accepts six varieties of the breed, which include:

The Black Langshan variety was the first one to be accepted by the American Poultry Association. It was then followed by the White Langshan variety and, later, the Blue Langshan. There are several other varieties, such as Australian Langshan, derived from the originals. However, they are not recognized by any association.

Langshans are not as fluffy as Cochins. Their feathers are more compacted, and they also have feathered legs. Besides, they have black legs that perfectly match the plumage of the Black Langshan variety.

Langshans are among the sweetest chickens in the poultry world. Most chicken keepers and breeders will describe them with dog-like qualities because of their bond with their keepers or handlers. The breed will always try to get close as they can to their handlers. Generally, Langshans are friendly to their keepers and seem to be contented even when being followed around.

They are suitable for children. You can therefore trust your Langshan chickens with your kids if you have them around. Their roosters are also known to be very gentle around children. However, you will have to put some things into consideration. Since all roosters of different chicken varieties are known to be aggressive, you will have to make sure that your Langshan roosters are well-acquainted with the children before they are allowed to play.

Langshans are not as social and friendly to other chicken breeds as they are to humans. However, they may not mind roaming around with other friendly chicken breeds as well. The other breeds will have to be courageous enough to approach them. Most birds will fear the Lngshans because of their larger sizes.

Overall, they are lovely and friendly birds that can be easy to handle. If you are considering keeping chickens for the first time, this is a perfect option that you can choose.

Langshans hens are good when it comes to laying eggs and will even lay during the winter months. They usually lay large eggs that are brown in color. Under good health conditions and a proper diet, Langshan hens can lay approximately four eggs in a week. This translates to a total of 200 to 220 eggs in a year.

The hens are also known for being seasonally broody. They will go broody mainly during the transition from the first quarter to the second quarter of the year. This means that you will have to be watchful and time it out to hatch and raise Langshan chicks. Whenever they hatch, the Langshan hens will make great mothers to their chicks.

The Langshan is a robust and healthy breed of chicken. If well taken care of, they can live for about 8 eight years or even more.

Although the Langshans chicken is generally a healthy breed, they will need some extra care. This will ensure that they live a very long and productive life. Since they have feathered legs, you will have to keep an eye on their shanks. They should be clean and dry to avoid any health issues such as frostbite. Since they have feathers all over, including their legs, it may be challenging to spot scaly leg mites on the shanks. It is therefore advisable to examine their legs routinely.

Apart from the extra care of their legs, you will not have to worry much about other things. Langshans are not susceptible to any other diseases or ailments. However, you will have to watch out for the common health concerns related to backyard chickens. You can check and treat various parasites such as mites and lice.

Langshans are also a hardy breed that can tolerate both the cold and the heat. It is, however, advisable to provide them with all the necessities during the winter and summer seasons. During the hot seasons, you should give them enough water and shade to keep them hydrated. On the other hand, you should provide them with a source of heat in the cold seasons.

Generally, it is not hard to handle the Langshan chickens. They will also not give you a hard time. However, there are a few things that you will have to put into consideration to raise highly productive Langshan hens successfully.

Space is an essential factor that must be considered when designing your coop. Langshan chickens are large birds that will require a lot of space both inside the coop and outside. Therefore, it would be best to construct a larger coop that is raised enough to accommodate your chickens. Besides, they should be given enough space to roam around. If possible, you should allow your Langshans to free-range most of the time.

Langshan chicken can fly very high, and it might not be enough to contain them with a six feet fence. You can consider investing in an enclosed run if you want to ensure that your chickens stay inside.

The chickens are generally good feeders. You will have to ensure that they are supplied with a sufficient diet. Young chickens will require feeds rich in proteins to boost their growth. On the other hand, Langshan hens will need enough calcium when laying to aid in the formation of the eggshells. In addition to their feed, you will have to supply them with clean and sufficient water.

Your chickens will have to be kept away from predators. You will have a good reason for an enclosed fence if you have several predators looming and roaming around your farm. Although Langshan hens may cower and run away when they see a predator, their male counterparts will decide to take on the predators head-on even when they are no match. While this bravery is charming, it can be a reason for losing your hen. Since white chickens are more likely to attract predators, it is advisable to consider keeping the blue and black varieties of Langshan chickens.

Langshan chickens are a friendly and more productive chicken breed worth adding to your flock. They are suitable for the production of both meat and eggs. To be more productive, the birds will need to be taken care of.