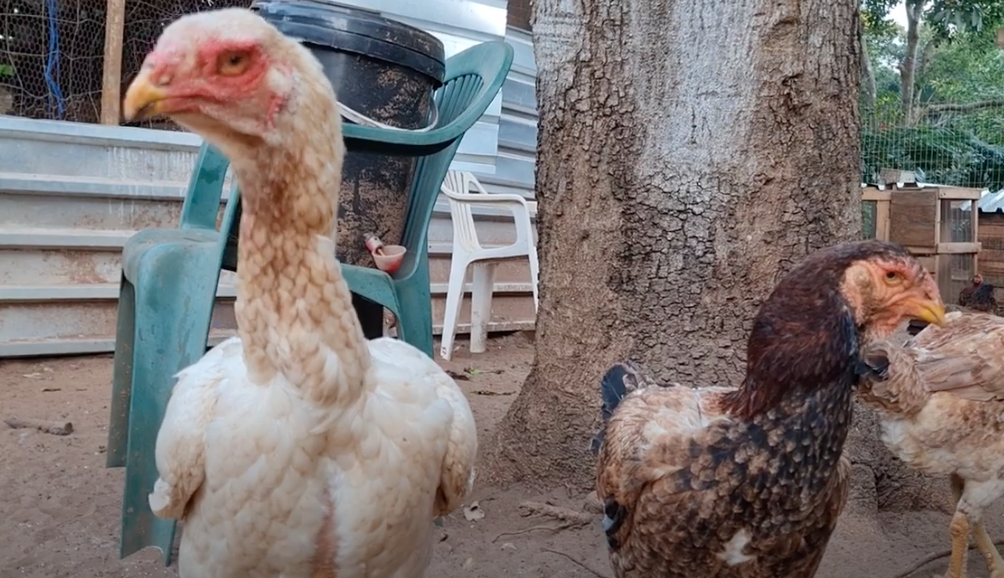 This breed is a perfect option for those who are fascinated by beautiful chickens. So, if you have considering Malay chickens and adding this breed to your flock. here is everything you need to know.

Maley is among the unique breeds in terms of personality and appearance. Due to its upright stance and incredibly long legs, the breed is sometimes referred to as the towering chicken.

The origin of the Malays can be traced back to 1830, when chicken keepers in England imported large Indian birds. The birds from India were known as Grey Chittagong.

They are believed to be much like the current Malays, both in appearance and stature. There is a possibility that Malays could have come from a breed called the Kulm.

Because of their size, Malays became popular with breeders and keepers. Many people began rearing them to preserve their unique appearance and to perfect the variety. Having originated from the Malay Peninsula, the birds were given the name Malay.

The birds were included for the first time in the British Poultry Standards in 1845. A year later, Malays were brought to the US for the first time. The American Poultry Association, however recognized the breed in 1883.

The first color that was accepted was the black-breasted, red-feathered variety. In 1904, the American Poultry Association accepted the bantam version of Malays.

The breed was popular in the United States and Europe in the 1800s. The breed, however, lost favor with bird keepers as time passed. This was because Malays were not easy to care for and did not lay many eggs.

The status of the breed in the United States of America has been listed as critical by Food and Agriculture Organization.

The breed’s most striking feature is its incredible height. Malays are generally taller, with an average height of about 25 to 35 inches. Their tall nature clearly distinguishes them from other breeds. You can therefore spot them easily in your flock.

Malays have an erect posture. Their legs are long and muscular. They also have a long neck as well as a long and strong body.

Mature male Malays can weigh about 11 pounds. Females, on the other hand, weigh about 9 pounds.

The birds come in various colors, with the most popular one being the original red and black combination. Other standard colors of the breed include tan, white, and a combination of the different colors.

Malay chickens have stiff and relatively long feathers that lie very close to their bodies. The feathers are usually very shiny. Black feathers can have an iridescent sheen.

The Malay chicken has yellow legs with large scales and without feathers. It also has a pale red comb as well as a wattle. The wattles and combs are usually very small and located close to the head of the bird.

Malays have a large head and a yellow beak. They also have hooded eyes that give the bird an intense stare.

Malay is generally a flighty and skittish breed. The birds do not like being confined. They also do not like being kept together with many other breeds. Despite this, Malays are commonly used for shows that mainly take place in loud and confined areas.

Malays are pretty aggressive. They are therefore not a good option for beginner bird keepers or families with children. Some can also be aggressive to other breeds of chicken and may bully or peck birds that they find uncomfortable to be around.

They are known to be fond of plucking out other chickens’ feathers. Their roosters can be quite territorial and are known to be too protective of their female counterparts. They may be aggressive to anything close to the hens, be it a persona or an animal.

If you have very close neighbors or you are looking for a rooster that makes less sound, then Malay roosters can be a good choice. Their crow is usually short and raspy. Although the roosters may crow frequently, their crow is not loud and piercing as that of other breeds.

Although the Malays have a nervous temperament and are aggressive, many keepers of the breed have described them as friendly.

The birds are also energetic, curious, and active with interesting and strong personalities. Because of this, chicken keepers have fallen in love with their fascinating deposition as well as the exotic look.

They lay brown eggs that are medium in size. Their hens make good mothers when they hatch. However, chicks will have to be kept away from roosters as they can quickly get aggressive and injure the chicks.

Malay hens are not good at sitting on the nest because they lack overly broody temperaments. They are also generally not interested in brooding.

They are heavy and too tall to comfortably sit on the brooding nests. Besides, the narrow-body and short feathers of the hen can not cover the eggs adequately to keep them warm. If you plan to hatch Malay chicks, the best option to use is an incubator.

Malay chickens are generally a hardy chicken breed. As adults, they do not suffer from many health issues. The birds love to roam around. They can therefore forage on their own.

Since they love roaming around and are heavy, they can be prone to foot injuries. Such as bumblefoot. You will therefore have to be keen on injuries and keep an eye on birds that seem injured.

Most health issues encountered by Malay chickens usually happen at a young age. They can sometimes experience growth problems because of their size. Malay chicks can grow very quickly if they are provided with a protein-rich diet.

If the chicks grow very fast, it can lead to bone and muscle problems at later stages in life. They should therefore be given a diet rich in vitamins and nutrients but with fewer proteins. You can allow your chickens to free range to add to their diet.

Chicks are prone to coccidiosis, a parasitic disease that affects the digestive system. If not treated on time, it can eventually lead to death. You can fight coccidiosis by adding cinnamon, garlic, oregano oil, apple cider vinegar, and probiotics to the diet of your chicks.

The mix offers them immune boosters, probiotics, and natural antibiotics. You must also remember to check and treat common chicken parasites like mites.

Despite how imposing and serious they look, Malays are easy to raise. Here are some of the things that you will have to put into consideration to raise your birds successfully.

There are diets that are specifically formulated for breeds like the Malay. Game bird feeds are highly recommended for this breed. You can purchase them at most poultry stores. The feed is complete as compared to the laying feed.

You will have to provide the chicks with a quality chick starter and transfer them to game bird feeds when they are around 15 weeks of age.

If your hens are laying eggs, you will have to supply them with sufficient calcium like crushed-up eggshells and oyster shells. You can also allow them to roam around the compound as they pick food on their own.

The Malay chickens can not tolerate confinement well. They are not good breeds for life entirely spent in the coop. The birds have a wild temperament and would therefore prefer roaming anywhere they please.

The birds will, however, need a coop to protect them from common predators such as foxes, dogs, and raccoons. When constructing your coop, you must provide every bird with a space of at least 4 square feet.

The coop must be large enough and enclosed. You will have to bring all the birds into the coop in the evening. The coop must be properly fenced and high enough so that predators do not access the birds.

Since the Malays chickens are not good layers, it may be difficult to breed them. It may require several hens to hatch a desired number of chicks. The hens do not also cover the entire eggs when brooding because of the lack of feathers and fluff. Several eggs may therefore end up not being hatched.

It is advisable to use an incubator for hatching as it will be more effective.

Originally, Malay chickens were prized because they had an elegant appearance. Today, most chicken keepers still appreciate their strong personalities and unique beauty. The birds can be a perfect choice for you if you are enthusiastic about restoring and supporting rare chicken breeds.