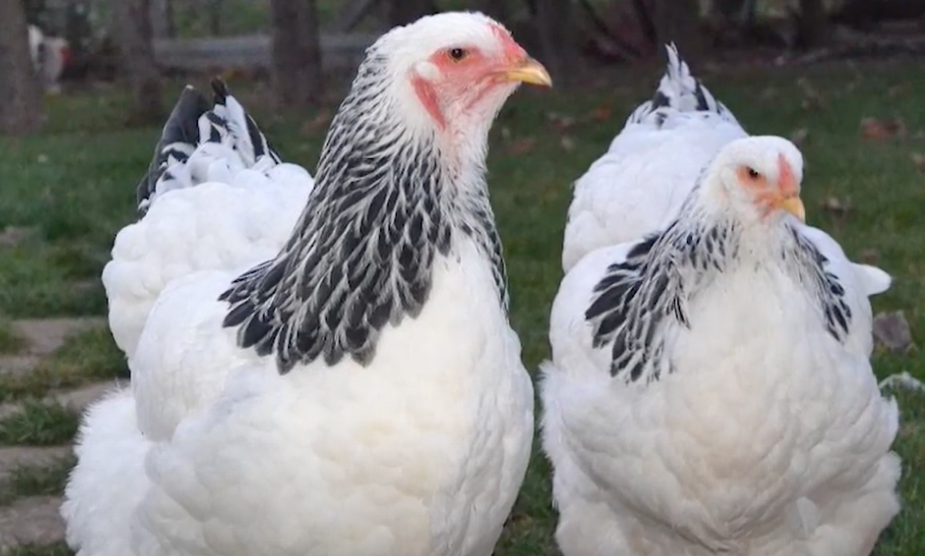 The Brahma can be the right option for you if you are looking for a chicken breed to raise that is sweet-natured and docile. This may help your decision if you are considering Brahma chickens?

The breed is also known as “King of Chickens” and can be raised for either meat or eggs. A comfortable temperature makes the breed a good backyard pet too.

Origin and History of the Brahma

The Brahma is an Asian breed that has a remarkable history. Their history is surrounded by controversy. However, it is known that the breed was developed in the US after breeding chickens imported from China and Malaysian chickens.

This breeding led to the pea comb and the distinctive large head of the Brahmas. The breed is considered a heritage bird by the Poultry Association.

It came before the mid 20th century. In 1882. An American breeder known as George Burnham exported Gray Shanghaes as a gift to the Queen. This happened before breeders started developing the dark Brahma strain.

It was at this point that the re-exportation to America began for the bird variety. The first publication of the American Poultry Association Standard of Perfection in 1884 featured the dark and light variety of the Brahma. Later in 1942, their publication featured the Buff variety.

Brahma breed was a common table bird in the United States of America from the 1850s up to the 1930s. The introduction of industrial birds reduced their popularity on the table. A few years later, they became expensive exotic birds that were kept for eggs, ornamental purposes, and meat.

A slow maturity rate made the breed lose its popularity as quickly-maturing chickens took over. The breed is increasingly becoming a farmers’ favorite backyard chicken again. The Livestock Conservancy has described Brahma as a recovering breed.

The Brahma is generally a large breed of chicken. Its body is broad, deep, and long. The breed is also tall, with a mature chicken being about 30 inches.

According to the American Poultry Association, the standard weight of a mature Brahma cockerel is 10-12 pounds, while a hen can weigh 8-10 pounds.

The appearance and body shape of the Brahma can be easily recognized as compared to other chicken breeds. They are heavy-boned chickens with small wattles and a pea comb. The wattles of hens have a dewlap between them.

They have broad, large heads and a beautiful short tail.

Brahmas have feathered legs and feet. They might need high maintenance during muddy seasons or in muddy areas.

The Brahma breed comes in three distinct colors, which translate to varieties. They include:

The names are very suggestive. The light Brahma has contrasting black and white colors. On most appearances, the white feathers may have a gray-colored undertone. Black feathers, on the other hand, have white stripes around the edges.

Dark Brahmas vary based on their sex. Roosters have a solid black tail, breast, and body. They also have silver saddle feathers and a silver shoulder area in some cases. Hens, on the other hand, have greyish bodies, breasts, and wings with black penciling.

The feather pattern of the buff Brahma closely resembles that of the light Brahma. Buff takes the place of white in areas where there is a white color. Its warmer colorations make it the favorite among most breeders.

The Brahma breed is a favorite among many chicken keepers because of its easy-going personality. It is a perfect breed for beginners who are trying to raise a flock for the first time. They are also good around kids.

Brahmas are generally intelligent. If you wish, you can train them to be comfortable around people and even become similar to pets. Although they are giant chickens, they are very gentle. If your kid is intimidated by their size, you will have to give them time to get used to it.

Their calm personality makes them be able to handle confinement very well. Compared to some Mediterranean breeds such as the Leghorn, Brahmas are not active. They will always roam in a small radius within the yard.

The breed is not flighty because of its large size and weight. They can not fly over structures that have been designed to contain them.

The hens are more likely to go broody in the summer. When the chicks hatch, you will have to keep a close eye on them. Because of the size of the mother hen, the chicks must be protected for the first few days against trampling.

Brahmas are moderately noisy. Compared to other breeds, they do not produce a lot of noise. However, no matter how docile a breed is, its rooster must be somehow stubborn. The Brahma cockerel will always crow. You can consider keeping hens only in your flock if you do not want a lot of noise.

Initially, the Brahmas were meant to produce meat. However, they can have eggs as well. The hens can lay a decent number of eggs if they are taken care of. In a year, they can lay 120 to 150 eggs.

This means that a Brahma hen can lay three eggs in a week. Their eggs are brown and can range from medium to large. Brahma hens can start laying when they are seven months old.

They are fairly broody. You can therefore expect them to hatch after laying. Their hens are also motherly to the chicks.

You will have to watch out for them and ensure that water or frozen mud balls do not cling on their feathers, shanks, and around the toes. This will protect them from frostbite.

The care given to Brahmas will determine their lifespan. If given good care, they can live for up to 8 years, just like other chickens.

It might be difficult for them to escape from predators. Because of their large size and being unable to fly, they are grounded most of the time. This makes it easier for predators to catch on them. They can stage an effective fight when fighting for survival against predators. You will still have to protect them, however.

Brahmas have tight feathers that protect them from the cold as well as insects. They also make them resistant to pests such as ticks and lice.

Just like other chickens, Brahmas also need clean water and proper feed. They may also require other services for them to be more productive.

The breed requires much feed because of its large size. Free-feeding Brahmas are recommended because they can eat any amount of feed that they want.

They are not good at free-ranging. Because of their large size, they usually roam within a short radius. It is therefore advisable to provide them with chicken food and allow them to look for food on their own as well.

The breed requires a lot of space as compared to other chicken breeds. Your coop must be designed with a space of about 6 inches for every chicken. You will also have to construct a nesting box.

You must also provide them with a lot of space outside the coop so that they can roam around easily as they look for food on their own.

Your chicken coop must get about 7 hours of natural light. The light must be there, especially during winter. Hens will have to be provided with about 14 hours of light for them to lay eggs.

Keeping the Brahmas is not costly. They require regular chicken bedding such as paper shreds, shredded leaves, sand, straws, grass clippings, pine shavings, and dry hay. Ensure that the bedding is easy to clean and offers a safe foundation for the legs and feet of your flock.

Can you keep Brahmas with other chicken breeds?

Despite their large bodies, Brahmas are always victims of bullying. They are gentle, soft, and will hardly fight when attacked by other chicken breeds.

The good thing, however, is that the Brahmas can cope up well with other breeds. However, you must ensure that the breeds are friendly. You can pair your bird with another Brahma chicken to reduce excessive harassment and loneliness.

If you are thinking of adding a large, affectionate, and friendly bird to your flock, then the Brahma breed is a perfect choice for you. With its calm demeanor, the breed is ideal for eggs, meat, and company.

Because of their large size, the Brahma breeds may require a lot of chicken feed as well as maintenance. Giving them proper feed and medication will increase their productivity as well as their life span.