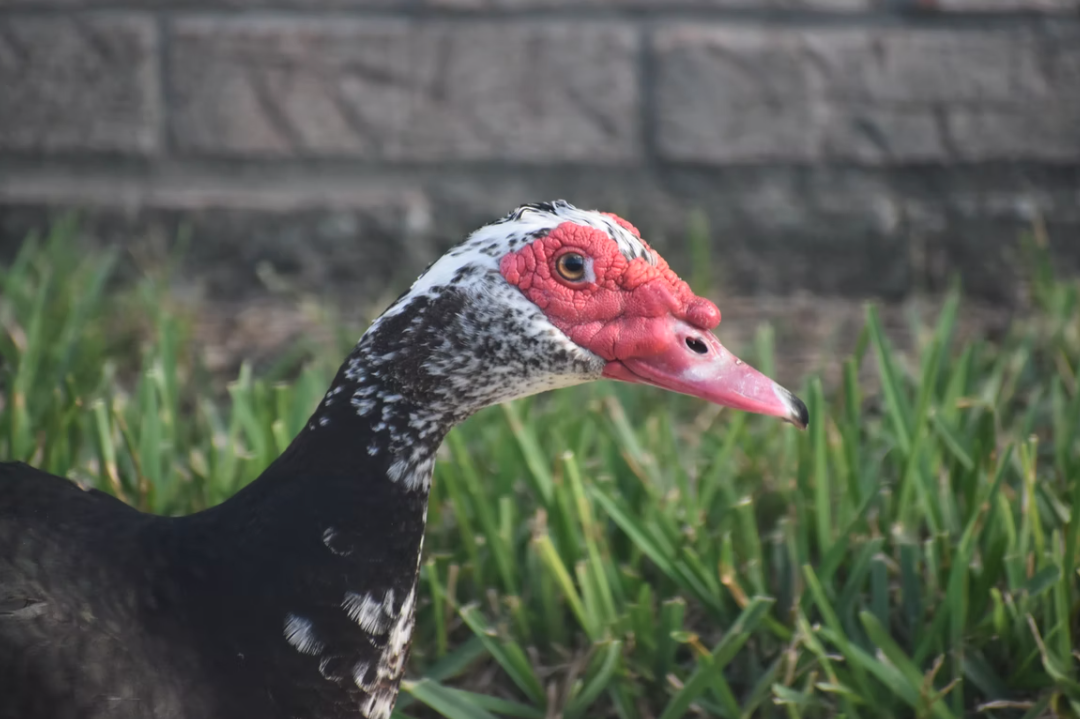 Nature can be unique sometimes. If you have been keeping drakes and chicken hens, you could have noticed incidences where your drakes and chicks try to mount on one another. This brings us to one of the most challenging questions: Can drakes fertilize chicken eggs? The answer to this question is No. drakes and chickens can not mate.

There are no scientific documents showing a successful case of duck/chicken hybrid. However, a rooster can successfully mount a hen, but a drake can not mount a hen as he will harm her. This is because a drake has an external sex organ, and the reproductive system of a chicken hen can not accommodate it.

In cases where cross-breeding occurs, the eggs will be inedible, and the resulting chick will be sterile. There are several cases where a rooster tries to mate with a hen duck. The mating will usually not amount to anything.

This is because roosters do not have external sex organs like drakes, which they insert into their female counterparts. It is therefore not possible for a rooster’s sperm to get into the hen duck.

Roosters are more gentle when mating as compared to drakes. If a rooster mates with a hen duck, it will not hurt the duck. A drake should never be allowed to mate with a hen. There are several reasons why they must not be allowed:

Drakes have an external sex organ

Drakes usually have an external sex organ known as the phallus. If allowed to mate, it can cause vent prolapse that can harm the chicken if left untreated and cause death. The phallus can puncture the internal organs of the hen, causing bleeding expositing the hen to bacteria and infections.

Drakes are more violent when mating

Drakes are usually violent when mating as compared to roosters. A hen that mates with a drake will likely suffer from torn skin and a bleeding neck at the back. In most cases, the drake will break the neck of the hen. In the fowl industry, drakes are sometimes called wife beaters because they treat their mates roughly. If mating between the two occurs repeatedly, the hen may suffer from internal bleeding.

Drakes generally have a very active sex drive. A single drake can mate with dozen ducks in the early summer and in the spring. A drake can even harm a female duck if there are not enough females in the flock. If he can over mate his female counterpart, then the same can be even worse on hens. If the hen survives the first assault attempt, she might not survive repeated assaults.

Drakes are serious maters who can be more aggressive. The uniquely shaped male and female sex organs of ducks make it easy to mate among themselves. Backyard ducks mainly breed in water and can also mate on land. Mating in water reduces the chances of the female duck getting hurt.

Here are some of the courtship behaviors in ducks:

Both male and female ducks will swim quickly within a short distance with their necks held high above the water. Female ducks do nod swimming before mating to show their interest in male ducks. On the other hand, drakes will nod swim immediately after mating.

A grunt whistle involves the drake raising the head above the water and then giving a great whistle. It is meant to show off to the female ducks and is mainly done in large groups of drakes.

This is where a drake raises his wings and tail to impress the hen ducks by showing off his blue and purple secondaries.

Head pumping is usually followed by mating. Both the male and female ducks bob their heads rhythmically.

Roosters usually think about mating almost all the time. Most experts recommend that chicken keepers must have at least four hens for every rooster. Courtship behaviors in chickens can easily be noticed in the springtime. During this time, a rooster will be more attentive to hens.

They are famous for courting using ritualistic movements where they drop a wing and dance in circles around the hen. If she is interested, she will lower her back for the rooster to mount her. The rooster will grab onto the back of the hen to balance himself. This is the reason my most hens may be missing several feathers on their back.

Why Is My Rooster Attempting to Make With a Duck

A rooster can try to make with the female duck, but they are of two different species. It is therefore not possible for a rooster to fertilize a female duck’s eggs. The sex organs of the two are not compatible, and it is nearly impossible for the sperms of the rooster to reach the inside of the duck.

There is nothing to worry about if you notice that your rooster is trying to mate with a duck. It is a common occurrence when you are keeping the two in your flock. A rooster can not hurt a female duck when breeding.

On the other hand, if you spot a drake trying to mate with a hen, you must move quickly to stop the behavior and even separate the drake from other birds in the flock.

A drake can not fertilize the eggs of a hen. Instead, he will harm the hen and even kill her if they try mating. Drakes are aggressive when mating; thus should old be allowed to mate with their female counterparts.

Are The Eggs of Ducks And Chicken The Same

Chicken and duck eggs are almost the same in structure. The two birds usually lay eggs in the same manner. Here is the egg formation process in the reproductive system of the chicken and duck hens.

Nutritionally, the nutrition value of duck eggs is almost double that of chicken eggs. Since duck eggs have a thicker shell, they tend to stay fresh for a long time.

Tips For Raising Chicks And Ducks Together

The coop set up for chickens and ducks will have to be two separate areas.

Chickens will mostly at night. They like being higher above the ground as it makes them feel safe. Chickens also like peace to enjoy their sleep, and you will hardly find them moving around at night. They will remain on the perch up to dawn.

Unlike chickens, ducks love nesting on the floor. They love having a huge bedding pile that will remain wet most of the time. Ducks hardly sleep at night. They will sleep for a short time and wake up to roam around the rest of the night. This can disrupt chickens if you are keeping the two together.

The best solution, therefore, is to have two separate coops. If it is not possible, you can partition your coup into dry and wet sections. You must ensure that the coop is safe from predators.

You will have to create a section for a small pool if you are keeping your ducks and chicken entirely enclosed. The water is essential for ducks as they use it for various purposes such as mating, cleaning their bodies, and softening up their food. If you have chicks in your flock, you will have to fence the pool section.

Ducks and chicken can do well on the same regular chicken feed. However, there may be a few exceptions. Generally, ducks do not overeat and can be fed two times a day. One of the exceptions when feeding the two is medicated feeds. If you are feeding chicks medicated feed, then the ducklings will have to be fed separately.

Your ducklings will need niacin which helps in their development. Lack of niacin in their diet can cause neurological problems. It should be noted that the bill of ducks can not fit on the usual chicken feeders. You can therefore provide your ducks with a feeding trough.

Ducks are generally robust and healthy birds. They may not experience several health issues as compared to chickens. When keeping the two together, there are a few health issues that you must be aware of. The common health problems include bumblefoot, eye infections, wry neck, impacted crop, and respiratory issues.

Another health issue that you will have to monitor is venting prolapse in the hens. It usually occurs after a hen has laid eggs. Besides, it can be a result of mating between a drake and a hen. The condition must be treated as soon as possible because if it persists, it can lead to a decrease in productivity. It can also lead to death if left untreated.

Chickens and Ducks can not successfully mate. Drakes should not be allowed to mate with chickens as they can easily harm them and even cause death. The two can, however, be kept together in but you will have to monitor them closely.

Can Ducks Live In The Same Coop With Chickens?

Can Ducks Coexist With Chickens?