Potatoes are one of those iffy foods that can be bad for your hens if you aren’t careful. Potatoes are members of the nightshade family. And when exposed to sunlight, they will start to turn green. These green skins contain high amounts of alkaloid solanine that is highly toxic to chickens.

This solanine is actually dangerous for most animals and people. If you were to eat too many raw potato skins, you could suffer from solanine poisoning. But you can slow the rate of solanine production by putting it in a cool dark place. So what is this chemical, and why do potatoes have so much of it?

Solanine is a toxic substance that part of the nightshade family produces. And it is a natural bug repellant, so it protects the plants from infestations. So if you think about it, it’s a remarkable evolutionary trait. But there can be a way around this toxic chemical.

Can chickens eat raw potato peelings? No. However, you might have guessed that you can cook these solanine levels out of the potatoes to some extent. Firstly, it’s vital that these potato peels are fresh and not rotting. And they shouldn’t have any green spots or eyes growing on them. Then you can boil them until tender. But boiling isn’t the most effective way to feed peels to your hens.

How Do I Make Potato Peelings for Chickens?

Boiling them will make the potatoes nice and tender. But the better way to prepare them is by baking. You can chop the peels up smaller and cook at 300 for an hour to make chicken chips. They will love the texture and variety in their treats.

The reason baking is better than boiling is because it will cook longer and at higher temperatures. So your peels will have a better chance of cooking off all of the toxic alkaloids in them.

Another big question to ask is if your chickens will even like potato skins. Some chicken owners say their birds will gobble them up without hesitation. But other hens turn their nose up to it completely. It might be that these hens are a little bit picky. Or they could have a strong sense of what types of foods are safer and which are toxic. So you could try feeding them a few cooked peels, but it’s not a guarantee that they will eat them.

Are Potato Peels Healthy For Chickens?

The next question you should ask yourself is if peels are a healthy treat for chickens. Potato skins have many nutrients like vitamin C, iron, potassium, and vitamin B6 for a healthy immune system. However, since we boil or cook it for long periods of time, it loses these health benefits.

So while your feathered friends might eat them, they don’t hold any value. So you are filling their bellies without giving them sustenance. And with laying hens, this could pose a problem with egg production and normal growth. So if you insist on feeding cooked potato skins to your chickens, we recommend not to do it in large quantities. And, of course, only small amounts at a time.

What Will Happen If Chickens Eat Raw Green Potato Skins?

Can chickens eat raw potato peelings? No, and here’s why. Raw potatoes are the highest in toxicity, and they could have detrimental effects on your flock if you aren’t careful. Raw skins in large amounts can cause:

Do These Rules Apply To All Potatoes?

Russet potatoes, white potatoes, and yellow potatoes are all from the same family. So no matter what type of potatoes you use, some caution comes with feeding them.

Can Chickens Eat Other Parts Of The Plant? 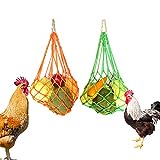 While the potato “meat” is great for chickens, most of the other parts are deadly. The leaves, plants, flowers, and skins have the highest concentrations of solanine. So giving these to your chickens could cause illness almost immediately.

But you don’t have to worry about potato plants in your garden. Your chickens will leave the leaves of the plant alone for the most part. And if you notice them picking at the plants, you could cover them in chicken wire or fence off the garden for protection.

So What Animals Will Eat Potato Peels?

As you can tell, there are many risks when it comes to feeding chickens potato peels. So we don’t blame anyone who errs on the side of caution and avoid it altogether. But what can you do with these peels now? The truth is that there are plenty of wild animals that love potato skins. But you should be careful who you might attract.

Raccoons, mice, wild pigs, and bears all love potato peelings. However, attracting those animals around poses a danger to you and your chickens. But if you also have domestic pigs, cows, sheep, or horses, they will appreciate the treat. If you don’t have any of these animals, it’s probably best to throw them away or put them in the compost pile.

You might think that leaving the potatoes out for the wild birds is a good idea. But just like your chickens, wild birds can’t have them either. Potato skins not only contain toxic materials but also contain enzymes that prevent birds from digesting food.

You guessed it. Raw potatoes are also unsafe for squirrels, thanks to that pesky solanine. So you can bake or boil these skins and potatoes to give them a safer option. But it’s probably best not to provide them with any either.

What Scraps Not To Feed Chickens?

Looking at something as seemingly as harmless as potato peels might have you questioning what other table scraps are dangerous. For the safety of your flock, here is a short list of scraps to avoid.

What Scraps CAN You Feed Chickens?

So now that we have the yucky stuff out of the way, what are some healthy food alternatives? You would be surprised that there are a lot of things that we throw away that our chickens could benefit from.

All of these things are safe to give your chickens as long as they aren’t salted or going bad. In fact, if you cook healthy, unprocessed meals, your hens will most likely enjoy the leftovers too.

At some point, it has become second nature for people to feed bread to birds of all kinds. We think that bread and crackers are a great and cheap treat. But could we be doing more harm than good?

Bread typically isn’t something we should feed our birds. Even whole wheat bread isn’t the healthiest thing for chickens to eat. The reason for this is that bread expands in the stomach. So if you feed something hard to digest and little nutrition, you run the risk of depleting your flock of energy. They will fill up on food that isn’t beneficial and stay away from the feed. And in turn, you will get sick hens and fewer eggs.

So while feeding bread on occasion won’t kill your chickens, it also won’t help them.

Why Is It Illegal To Feed Chickens Kitchen Scraps?

In some countries, like the UK, it’s illegal to feed chickens kitchen scraps. That is because these foods can be dangerous, unsanitary, and hold harmful bacteria that can jeopardize meat quality. It’s also to reduce the liability of kitchens donating rotten scraps to chickens bred for meat.

This rule typically applies to all chicken flocks, even backyard chickens. But since you don’t have to register small flocks with the government, they aren’t strictly enforced. So what happens if you get caught? In some countries, you could get fined. And in others, you could face up to two years in jail.

In the USA, there are similar laws for large operations or people who breed for profit. But if you have a small backyard flock that you only use for your purposes, there are no laws that say you can’t feed kitchen scraps. However, if you are selling eggs or birds for human consumption, things get a little tricky.

While chickens can’t eat raw potato peels, you can feed them cooked ones. But even if they are deemed safe, they aren’t the best treats. There are so many other kitchen scraps you can give your hens that are better for them.

Below is a Pinterest friendly photo…. so you can pin it to your Backyard Chicken Board!!

Can Ducks Eat Bananas As Treats?

What Do Peacocks Eat?

Can You Raise Chickens And Ducks Together?