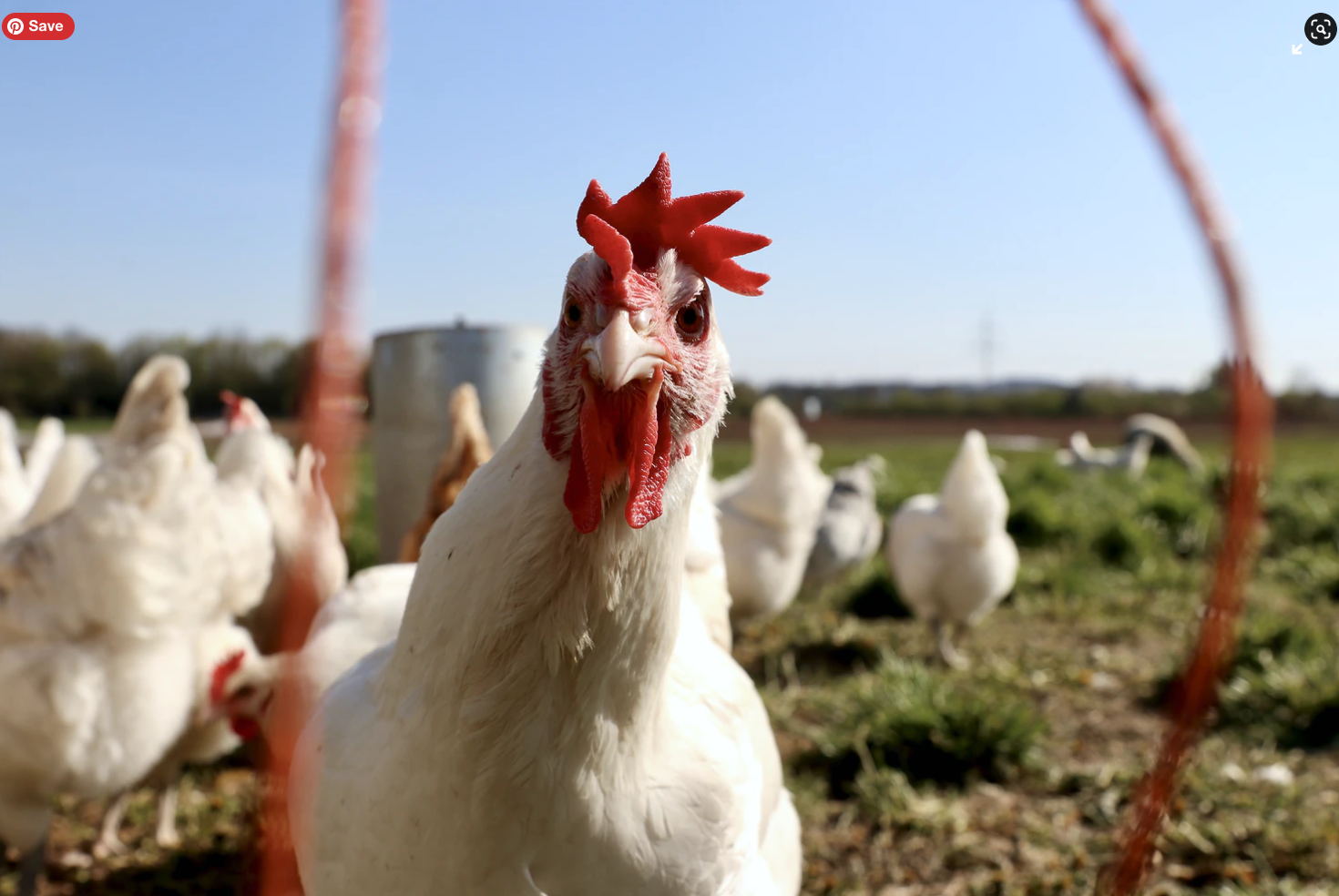 Moreover, California whites aren’t as territorial as other chickens. You can easily keep them with other hens in the same place, but take care not to cram them too much. In addition, they adapt well to weather changes. They won’t get fussy because of the cold.

To sum it up, California whites are fun pets to keep, provide generous amounts of eggs, and are a great choice for beginner bird raisers.

Appearance-wise, California white chickens are the same as the white Leghorns. You may confuse the two breeds if you’re a beginner, which is totally okay. However, we’ll tell you about the differences between them to make it easier for you.

First of all, California whites are bigger birds, and they have larger combs over their heads. The males often weigh around 7 lbs, while the females weigh an average of 5 lbs. Moreover, you can often spot some black stains on their lower back feathers. Second of all, the California chickens can fly higher than standard chickens, which means you need high parameter fencing.

If you want to have fresh eggs in no time, don’t look for any birds further than California white pullets and point-of-lays. You’ll be surprised at how much of a generous layer they are. They’ll start producing eggs after they complete 4-5 months of age.

Since California whites are prolific egg layers, you can get as many as 300 eggs per year. In contrast, the white leghorns only lay 250-280 eggs per year, although they’re one of the crossed breeds.

California whites produce appealing white eggs that’ll compel you to make a nice breakfast meal. And the best part is that the produced eggs are jumbo-sized. So, overall, California white chickens are EGGCELLENT producers!

On average, California whites produce up to five or six eggs weekly. That’s why they’re famous for the commercial production of eggs. If you raise this breed, you’ll be able to provide a considerable amount of eggs for your family and have enough remaining to sell.

As a bonus point, California white chickens can lay eggs throughout the whole year. So they won’t have a break like other breeds do. This means that you’ll enjoy an endless supply of eggs produced by your flock.

California whites aren’t just famous for producing eggs; they also have superb meat. When chicken owners notice that their hens are laying over fewer eggs than they often do, they send their whites to slaughterhouses. This results in a delicious meat meal for the whole family. In addition to that, the roosters of this breed are mainly raised to provide good meat.

Like your typical pet, California white chickens require a nutritional diet to stay productive and healthy. Since this breed is famous for commercial egg production, it requires a high protein and calcium diet. These nutrients play a vital role in producing delicious eggs.

Generally, it’d be best if you feed your California whites a layers mash. You can also add some crumbles and pellets to their meals to supplement their nutritional needs. Moreover, if you’re keeping your chickens in the backyard, you can let them go outside every once in a while.

While outside, they’ll look for worms and crickets, which are a magnificent source of proteins. They’ll also feed on grass and leaves, which will provide them with nutrients that aren’t found in the other meals.

As for water, California white chickens require twice the amount of their food. As a result, if you feed them two pounds of food, make sure to give them four pounds of clean water to drink.

Regarding housing California whites, your coop should be secure and well-ventilated to prevent foul odors. It should also be reachable and easy to keep clean.

If you’re a beginner chicken raiser, you may not know that the lifespan of your chickens depends mainly on the breed, genetics, and environment. With that being said, you can expect your California white chickens to live up to five years. However, if you make more effort regarding their living conditions and safety, they may live to eight years.

For your birds to live that long, they should get proper control of parasites and diseases, regular sanitation, a healthy diet, and veterinary care. As a rule of thumb, those improvements go for all chickens, not just California whites.

While raising chickens is a relatively easy task, you may face some challenges regarding their health. Here are some common health issues you may encounter while keeping California white chickens: chicken mites, foot injuries, egg-eating, cannibalism, molting, and chicken diseases.

The most dangerous issue on this list is a chicken disease. You may lose an entire flock sooner than you’d expect because of it. Chicken diseases may come as a result of parasites, bacteria, fungus, or viruses. As a result, you should seek professional veterinary care if you notice any uncommon occurrence within your flock.

California white chickens are one of the most sought-after breeds to keep in the backyard. They’re friendly, highly adaptable, and produce a multitude of eggs. What more can they give? Well, there’s more!

First of all, California whites are low-maintenance pets. They do just fine with food, water, and proper living conditions. They don’t even complain about weather changes; instead, they love hot and cold the same.

Second of all, they aren’t as noisy as other breeds. If you’re keeping California whites in an urban area, don’t worry about annoying your neighbors. Of course, this quality is reserved for hens, not roosters.

Yet, California white chickens are susceptible to egg binding, which is the condition of not being able to expel an egg out of their body. To prevent this occurrence, you should make sure that your chickens have high-quality living conditions and a calcium-rich diet.

In addition, California whites aren’t as broody as other breeds, so don’t wait for them to sit on a clutch of eggs as often. Finally, due to the hybrid nature of this breed, it isn’t recognized by the American Poultry Association. As a result, it has no conservation status.

California white roosters aren’t as common as hens, mainly because they aren’t producers. However, they provide very delicious meat meals. Also, you’ll have a high chance of getting a rooster if you buy ungendered chicks.

White roosters have similar appearances to hens. However, the most noticeable difference is that hens are whiter. Moreover, hens have thinner feathers on their necks and taller tail feathers. Finally, roosters have a more proud stance.

If you’ve recently added a rooster to your California whites flock, he’ll probably fertilize some eggs. Also, you should pay attention to the fact that not all suburban areas allow roosters to stay because of the crowing noise they make, not that we can blame them!

We have discussed many of the common California white chickens facts and egg-laying qualities. They are a solid choice when it comes to easily-raised birds who are also generous producers. And for the best part, you won’t get headaches because of the birds’ constant clucking; you’ll only get delicious eggs for breakfast!

To sum it up, if you’re looking for a commercial egg producer that won’t wreak havoc in your backyard, the California white chickens won’t disappoint. And now that you know enough about them, you can brag to your fellow chicken keepers!